Happy New Year, everyone! And so another year begins; I return to the office on Monday the 9th, and I have no doubt that writing “2017” will take a little while to get used to, as it always does at the start of every new year. I’ve recently returned from driving along the North Coast of New South Wales  much more tanned, and know that it will definitely not be the only travelling I do this year. With flights to Hong Kong already booked for March, there may be a trip to Thailand or Vietnam later in the year, as well as more trips to local gems such as my favourite walks in the Blue Mountains, or maybe another sneaky three-day weekend spent with the mistress city of my heart – Melbourne.

Night Owl has already resolved to spend at least ’til the end of January cutting out wheat from her diet in an attempt to kick-start her health goals, and is going quite well so far – she has even downloaded a calorie counting app and has cut out her two loves – toast and beer – out of her routine. I’ve said I will do the home meals with her (i.e. dinner), but what happens around that time is my own choice – I am a food blogger, after all! 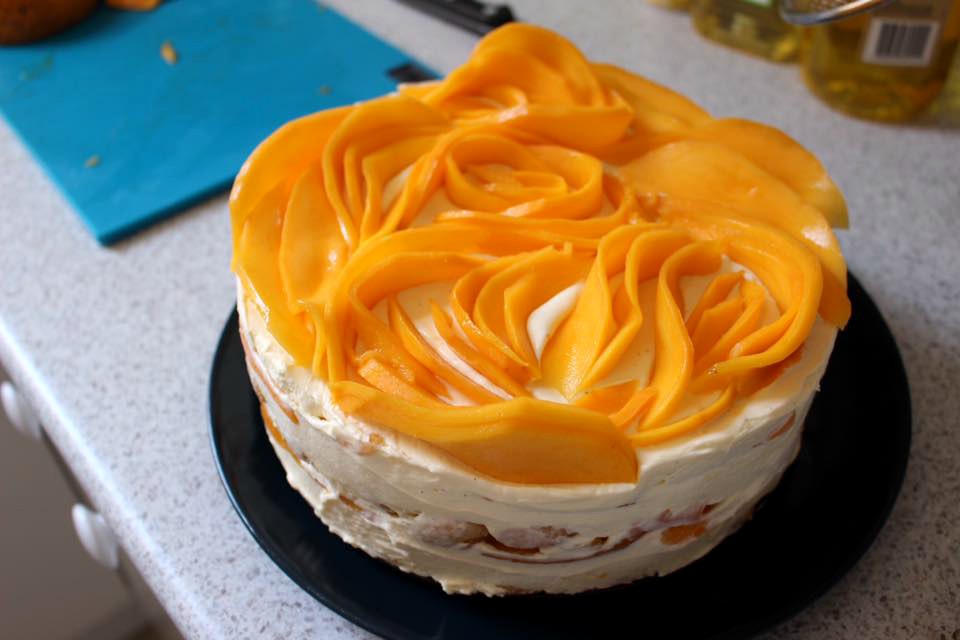 For 2017’s first post I have decided to post a recipe of the Mangomisu I made for Christmas Day dinner. It’s only fair that I post this while the last of the season’s mangoes are still out! Night Owl and I have had the luck of buying two trays to enjoy this season – a tray of deliciously sweet and juicy Kensington Prides early December, and then a tray of meatier, huge R2E2 mangoes late December (we even still have a couple left in the fridge!). I made Mangomisu as Night Owl’s mother was attending for dinner and loved my tiramisu I made the last time she came over – however I wanted a lighter version to complement the warm weather and I found this gem of a recipe online on Delicious (recipe by Valli Little).

It is best to start this recipe the day before as you can leave the cake to sit while you work on everything else and it allows time for the citrus mixture to soak into the sponge fingers. It tastes even better two days from when you first make it! The original recipe calls for Grand Marnier, but I found it a little pricey in the shops (about $70. It’s apparently liquor made by monks – maybe that’s why it’s so expensive?). I had a bottle of Cognac and some Solerno at home, so I decided to do half-half Cognac and Solerno to create a similar flavour instead of buying another bottle to add to our home bar.

The raspberry sauce is optional – it adds a nice bright colour to the cake when serving, but Night Owl and her mother found it a tad too sour. It’s good for making cocktails with though! 😉

Juice of one lemon.

Line the base and sides of a 22cm springform cake pan with baking paper. Make sure that the paper comes up high on the sides.

Place the mascarpone, thickened cream, icing sugar, egg yolks and vanilla seeds in the bowl of an electric mixer and beat on high speed until thick and well combined. 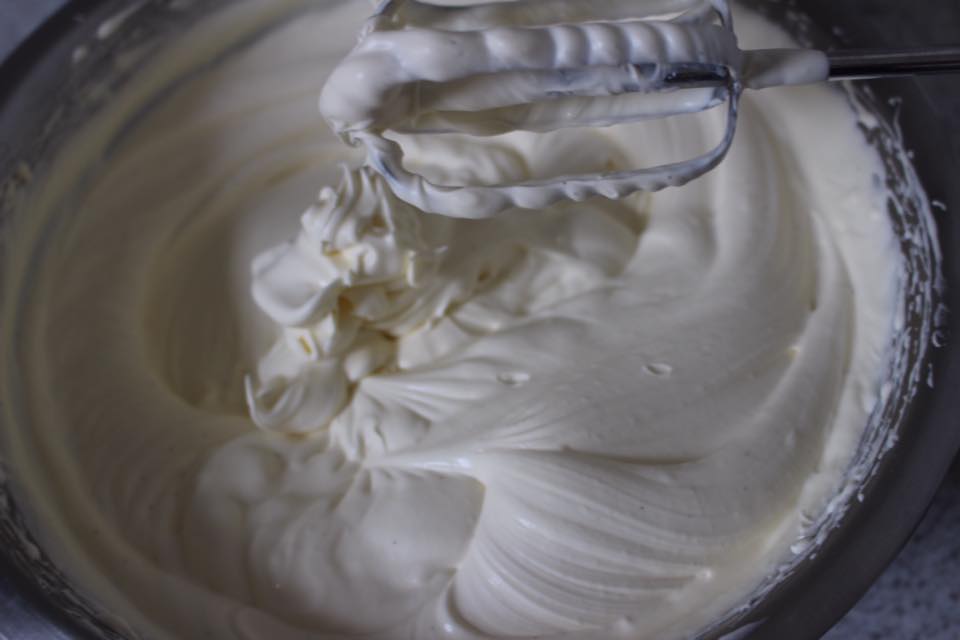 Combine the Grand Marnier (or combined Solerno/Cognac) and orange juice in a separate bowl. Dip half of the sponge fingers into the juice mixture and layer in the base of the cake pan. Spread with one third of the mascarpone mixture, and top with one third of the mango slices. Repeat the process, then top with the remaining mascarpone mixture, reserving the remaining mango slices for serving. Smooth out the top. 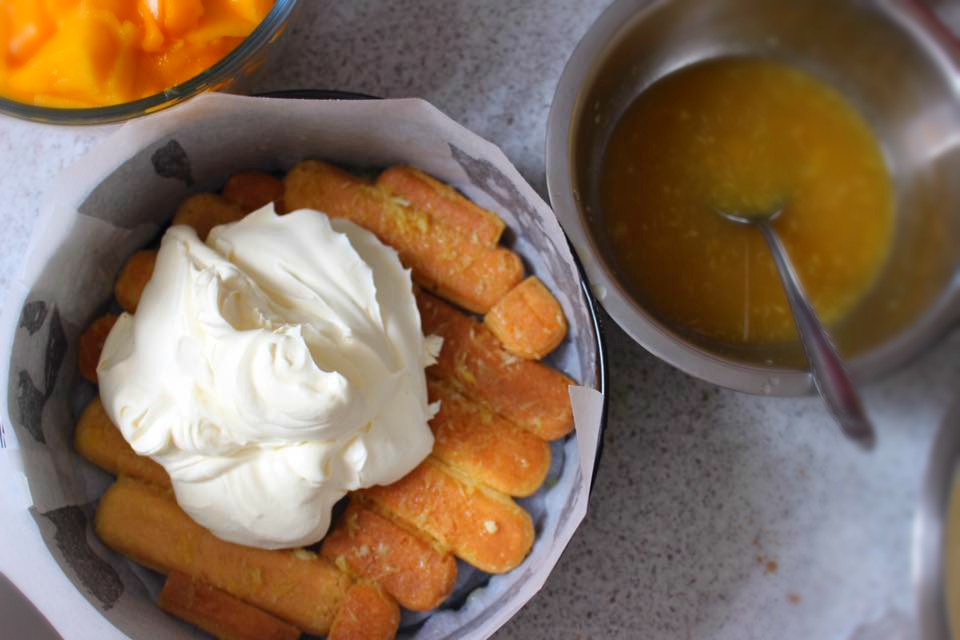 Chill the cake for two hours or until firm (for best results, chill overnight).

For the raspberry sauce, place the sugar and two tablespoons of water in a small pan over medium heat, stirring to dissolve the sugar. Cool slightly, then add the berries and the lemon juice. Whiz in a food processor until smooth, then pass through a sieve. Chill until ready to serve.

To serve, carefully remove the sides and base of the cake pan and transfer the mangomisu to a platter. Use a palette knife or butter knife to smooth out any rough edges or sides, but it should look quite rustic like one of those “naked cakes”. Decorate with curls of the reserved mango slices, by pressing the thinner edge of each slice in a curve on the top of the cake. You can make a rose pattern if you want. Slice and serve with the berry sauce.

Enjoy! It really is the sweetest way to finish off a summer meal. It tastes like a cross between a fresh sponge cake and a yum cha mango pancake – and considering they are two of my favourite things, what more could I have wished for? 🙂