So in a strange turn of events, I’m posting another recipe after recipe-week, and I’m posting on a Friday. Sydney was lucky enough to have an extra day off on the weekend just gone, so I was mostly out and about enjoying the unusually early arrival of summer weather on my birthday. So much has happened over the last fortnight! To mention a few key incidents, I’m now a contributor for the blog I Ate My Way Through, Night Owl treated me to an amazing degustation dinner at Tetsuya’s , and yesterday the owner of a dance studio I’ve been subbing Zumba Fitness at a fair bit offered me my own permanent time slot!

With my start as a contributor to another blog, I’m going to cut back on reviews for my own blog with my limited time; I do prefer writing up recipes after all. With Masterchef Australia off the cards (for this year, anyway!) I’m looking into some video cameras to maybe work on starting a YouTube channel. The sound of the rigid and relentless schedule for the Masterchef contestants sounded daunting when they read us the “riot act” after our second round audition, and after hearing all of it I wasn’t sure if I was quite yet ready to quit my job and current lifestyle for the insulated intensity of the competition. It was therefore quite a relief when I got the call to say I didn’t make it to the next round (Top 50) – if I am going to try again next year I want more time to prepare myself, and I’m currently still enjoying my busy lifestyle of lawyer-by-day-and-fitness-instructor-and-foodie-by-night.

Gnocchi was one of the items on the practise list that was issued to us by the Masterchef production team, and while I’ve perfected my pasta rolling skills, gnocchi is still very new to me. Looking for recipes, I noted that there are a few different methods people use to cook the potatoes – the fastest is boiling the potatoes, steaming the potatoes, or baking the potatoes on a bed of rock salt at a very low temperature. The problem is that the fastest method – boiling the potatoes – water logs the vegetable, meaning that you have to add more flour and it results in a heavy, floury gnocchi. I was practising at the time and knew I didn’t have two hours to bake the potatoes on a bed of rock salt, so I settled for steaming them cut in large chunks because the whole potato wouldn’t fit in my steamer basket.

The resulting gnocchi was still deliciously light and fluffy. I had it simply by tossing the cooked gnocchi through a sage burnt butter sauce with crispy bacon and a generous grating of Parmesan and grind of freshly cracked black pepper. Feel free to accompany it with a red sauce should you wish, or go all out decadent with a rich gorgonzola.

Add enough water to a saucepan to reach a depth of 3cm. Bring to the boil over high heat. Place the potato in a metal steaming basket before placing the steamer in the saucepan, ensuring that the base doesn’t touch the water. 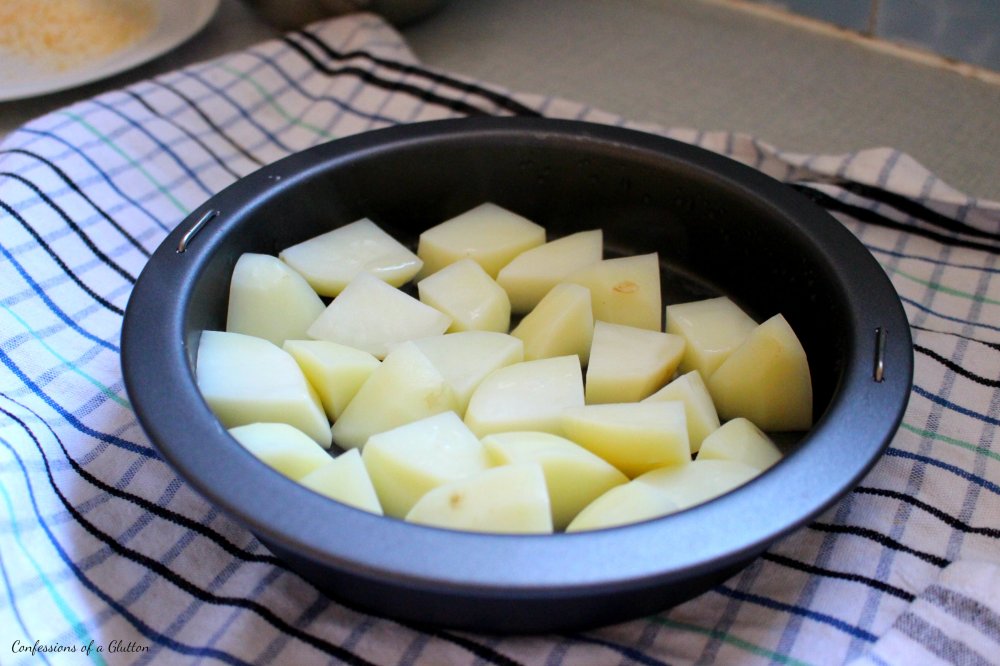 Steam, covered for 15 minutes or until tender. Transfer to a bowl and use a potato masher/ricer to mash until smooth. Season with salt and pepper. 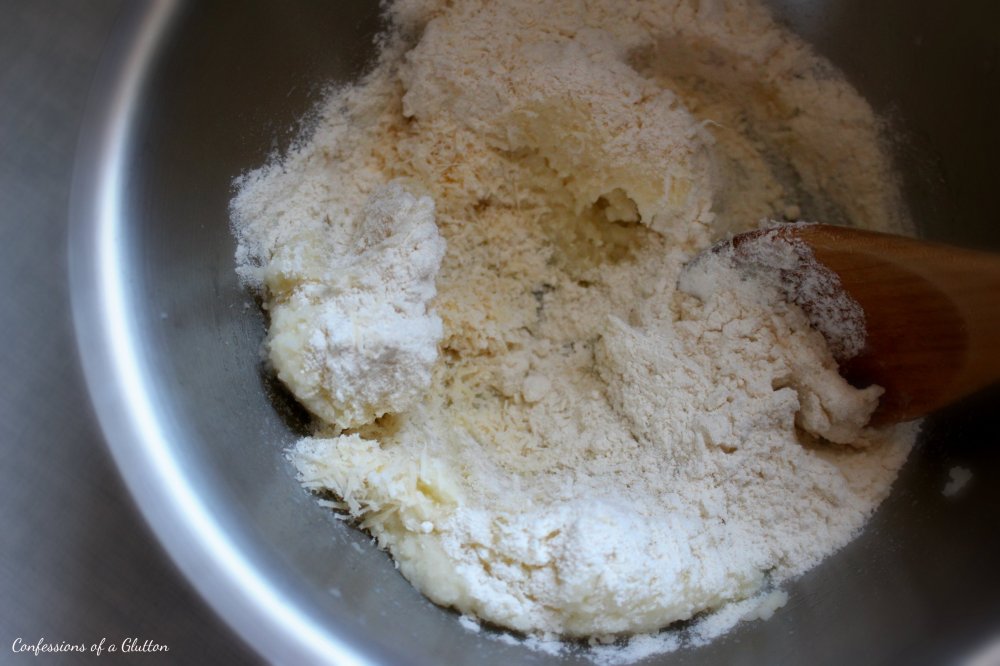 Turn onto a lightly floured surface and knead until smooth. Line a baking tray with non-stick baking paper. Divide the dough into four equal portions. Roll one portion into a 2cm-diameter log about 30cm long. Use a lightly floured knife to cut into 2cm pieces, and repeat with the remaining dough portions. 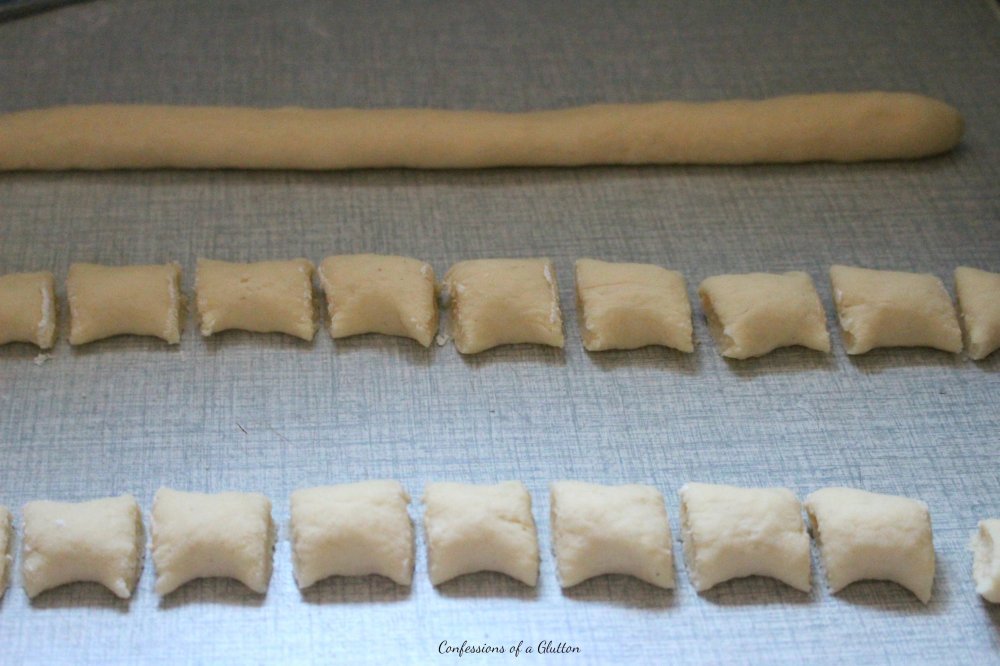 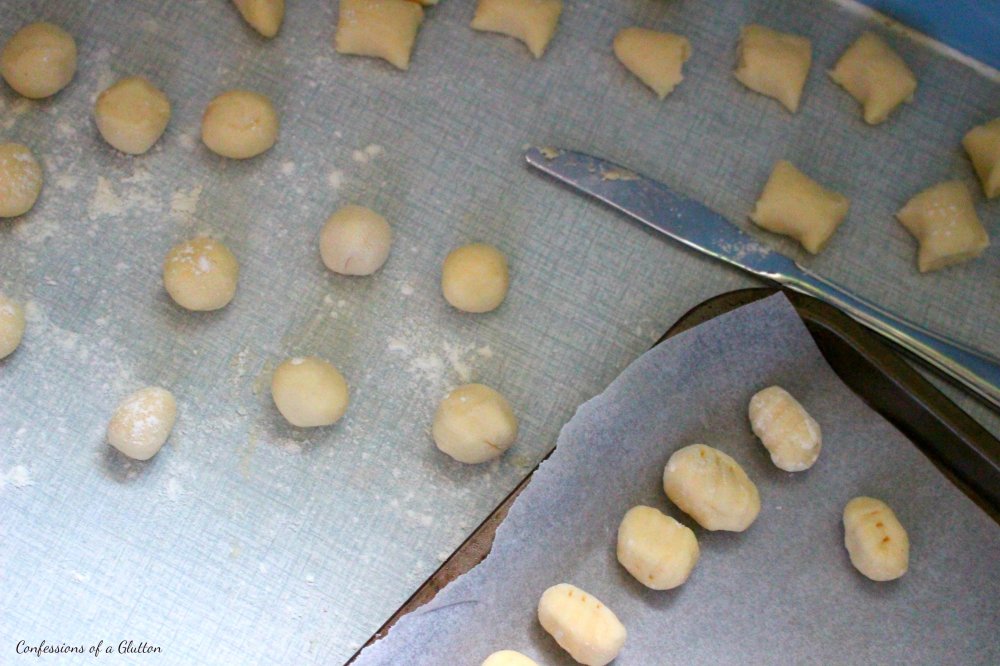 Lightly flour your hands and roll each piece of dough into a ball. Use your thumb to roll each ball over a floured fork before placing it on the tray. 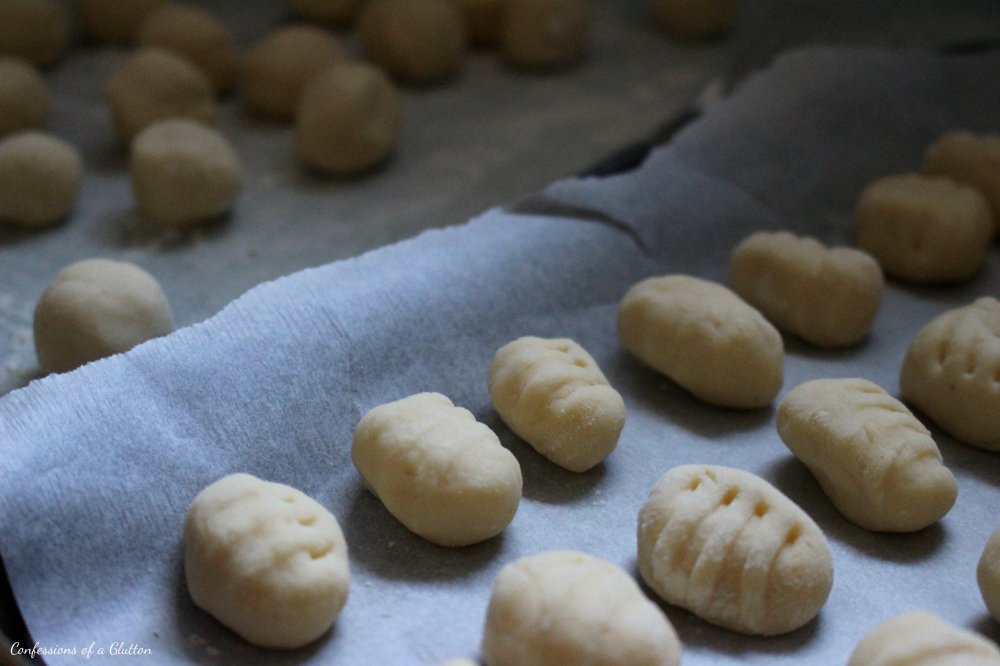 Bring a saucepan of salted water to the boil over medium heat. Add one-quarter of the gnocchi (drop onto the base of pan in a single layer, but don’t overcrowd as they can stick together) and cook for 3 minutes or until they rise to the surface. Use a slotted spoon to drain and transfer to a bowl. Cover with foil to keep warm. Repeat, in three more batches, with the remaining gnocchi.

Serve as desired! You can also pan-fry the gnocchi in a little oil for a deliciously crispy outer-layer. 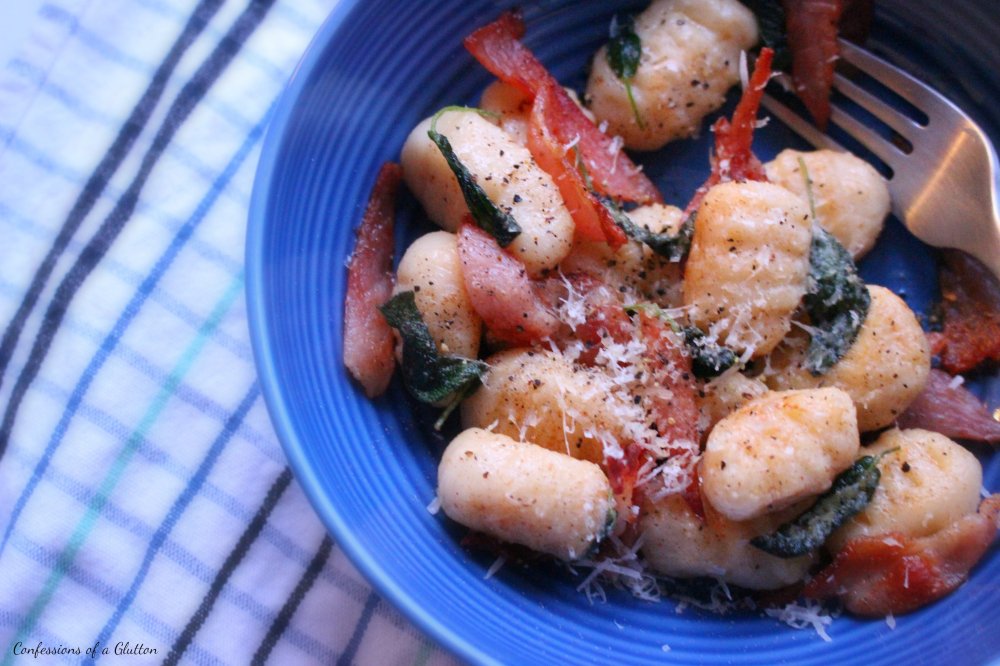