Yep, your eyes aren’t deceiving you – it’s another brownie recipe from yours truly… this time it’s Cheesecake Brownies. I know I made those Caramel & Pecan Brownies not too long ago, also with the same swirling artwork on top. Because there is just something so beautiful, almost romantic, about a marbled swirl. Especially when it’s on something you can eat 😛

And as for combining cheesecake with brownies? Because cheesecake is good. And brownies are good. So the two combined – hell to the yes! I’m not sure who would have ever thought of combining the two. It’s like how did someone think of cooking condensed milk into dulce de leche? Ho did someone think of combining raspberries with white chocolate, dark chocolate with caramel, strawberries with cream? I think about all of these sort of things way too often. How did someone put the alphabet into the order that we know it as today? Who’s to say that in 100 years time that the alphabet won’t evolve into something completely different?

I obviously think way too much. Anyway, I had actually tried making these a couple of years ago but they turned out dry and nasty, which is not what cheesecake nor brownies are supposed to be. I was browsing through taste.com.au looking for something that would give me a good solid chocolate fix over the weekend and I hit upon these. Yum yum. Creamy, chocolatey, and not too sweet with the cream cheese balancing out the sweetness of the chocolate. I also used dark chocolate buttons, which definitely helped with the balance and clearly defining the gorgeous swirls on top of the brownie. 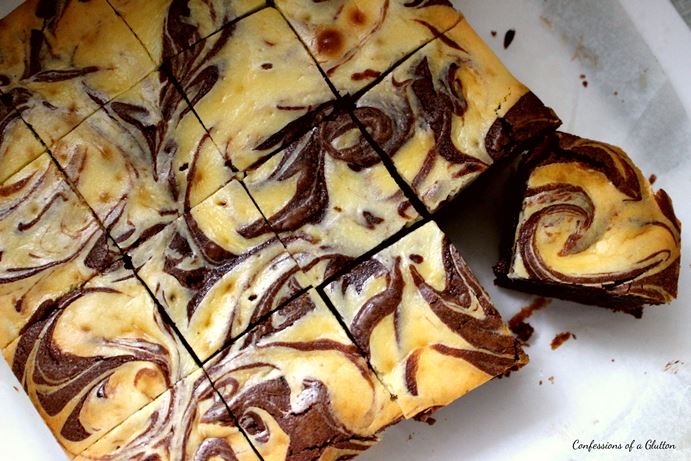 Preheat your oven to 180 degrees Celcius. Line a square 20cm cake pan with baking paper, allowing it to come up the sides. 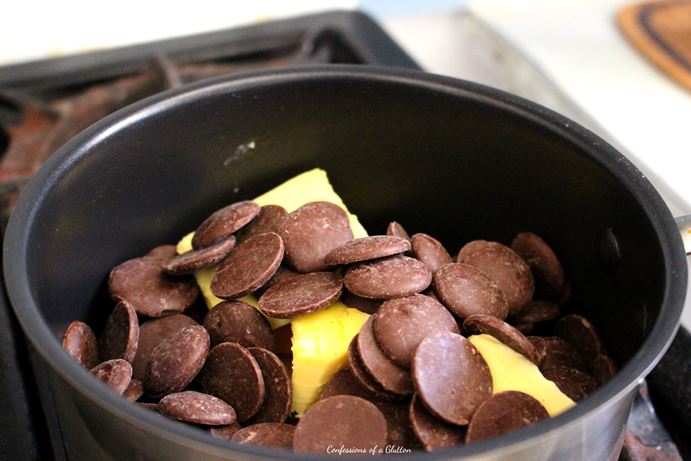 Use an electric beater to beat the cream cheese and remaining sugar in a bowl until smooth. Add the remaining egg and beat until just combined. 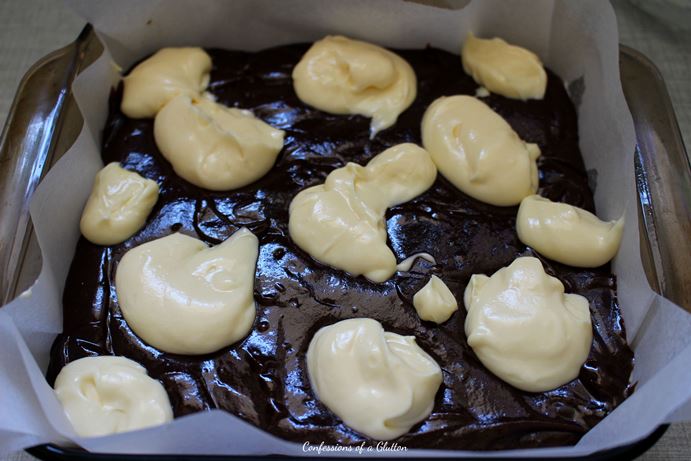 Then use a skewer or a toothpick to swirl and create a marbled effect. Don’t go overboard. I know it’s tempting to keep swirling but you’re actually mixing the two mixtures together and you may actually combine the colours too much. You want there still to be a stark contrast.

Bake in the oven for 30-45 minutes or until a skewer inserted in the centre comes out clean. Set aside the pan for an hour to cool before removing the brownie from the pan. Cut into yummy, scrumptious, delicious squares to serve. 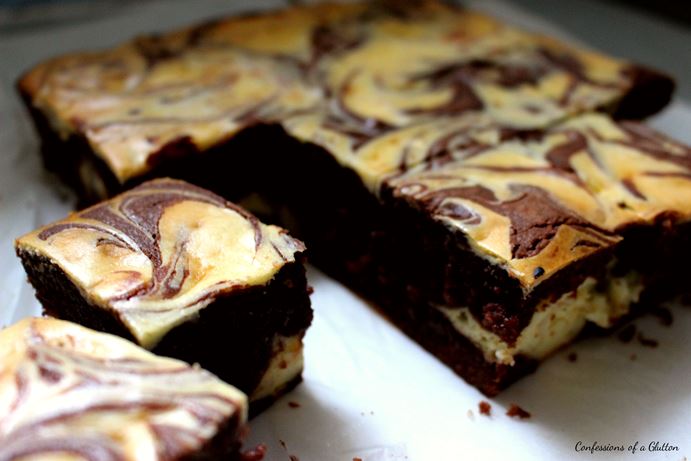