You would think that Chatswood is already overrun enough with Asian food options. Ramen houses, an udon noodle branch, sushi trains, Chinese barbeque restaurants and at least four yum cha restaurants. So I felt a little sorry for the Chatswood branches of New Shanghai , when it was announced that a little restaurant by the name of Din Tai Fung would be opening up in Chatswood Westfield.

Mother’s Day was incidentally not soon after their grand opening, and so we decided to head there for lunch at 12 noon; a little early in an attempt to avoid the anticipated lunch crowd. 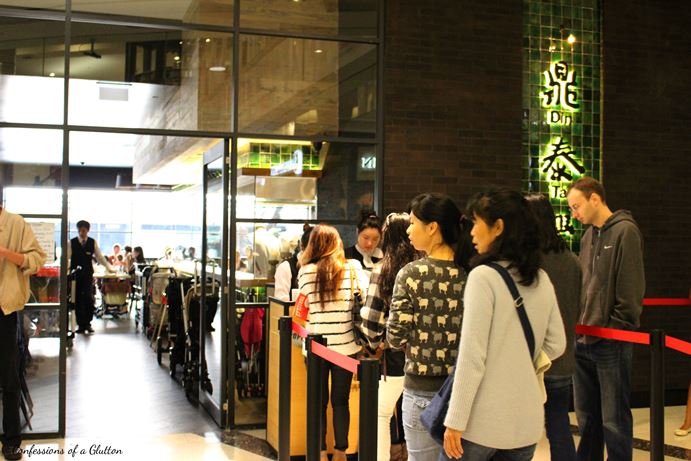 Wishful thinking. We were given a buzzer and told that it would take 15 minutes, but yet an hour later, we were still hovering outside. We noted at this stage that many people had simply returned their buzzers, because they had already waited for the majority of their three-hour-free-parking time. It was a solid hour and a half later that our group of five were finally seated inside. 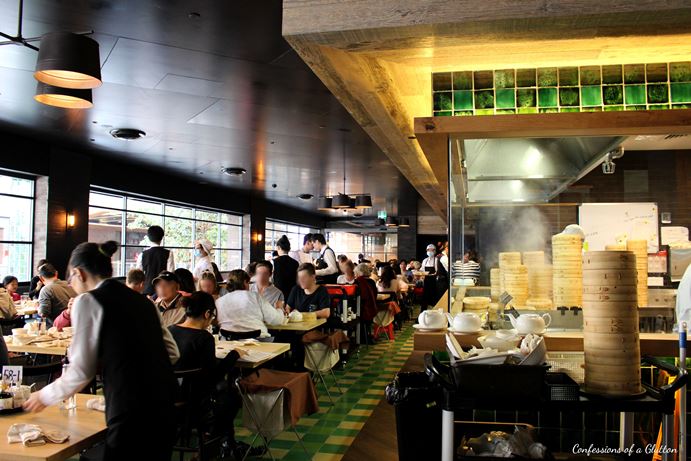 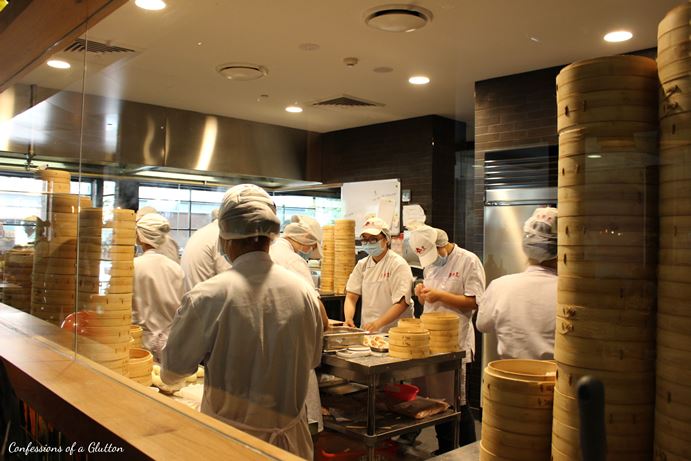 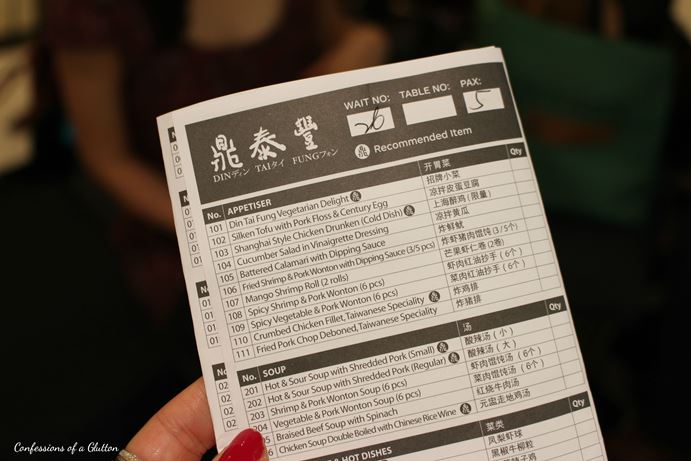 Having dined at the World Square branch and their Taiwan branches previously, we knew already what we wanted and had ticked it off on the paper. We had requested glasses of water as soon as we were seated, but yet 15 minutes later we still hadn’t received any water. They were very apologetic and came by with glasses immediately, but I regret to say that the service was consistently lacking over the duration of our meal. While we were waiting for our food, I noted a server accidentally spilling food on a customer and food left at the kitchen to service counter growing cold as it was delayed in being collected.

My Sister visited on another occasion alone and when she ordered a mocktail, she was told by the waitress that as they hadn’t gotten their liquor licence yet, they could not serve her the drink. When she pointed out that it was a mocktail, thus is had no alcohol, she repeated that it could not be served. She gave up and ordered another drink, and then watched as the finished drink was made, left at the bar by the bartender and “melted”. Her beef noodle soup also arrived without the spinach she had requested (which cost extra). They apologised profusely when she pointed it out, only to have her beef noodle soup bowl whisked away and returned…for a bowl of spinach with some beef noodle soup.

So it seems like there are still many teething issues with regards to service. It’s really quite disappointing as the service executed at the Taiwan branches was nothing like I’ve ever experienced – speedy, friendly, and professional, and to see it decline to this degree says a lot about needing to maintain consistency with expansion.

Anyway, back to my experience on the day. The food, I am more than happy to say, was very consistent with the quality that I have experienced in the other Din Tai Fung branches.

First of all, we had ordered a Hot & Sour Soup, one of my favourites. 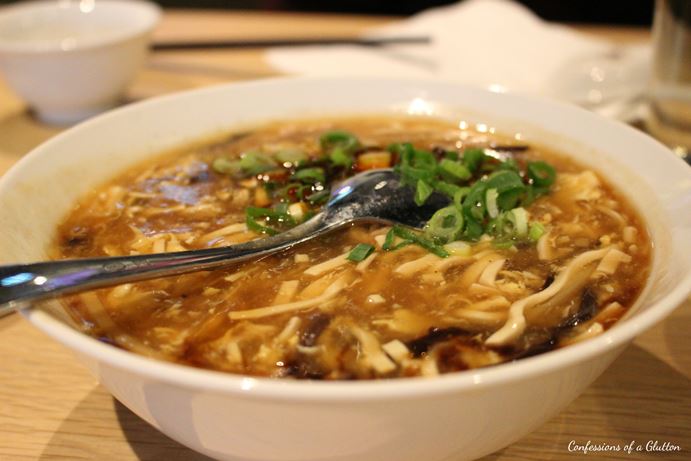 Din Tai Fung’s hot and sour soup comes with a delicious chilli oil that’s drizzled on the top to one side so anyone who’s less tolerant to spice can spoon around it first before it’s mixed in. Full of bamboo, black fungus, tofu and the bite of Chinese black vinegar, this is a soup to warm yourself from the inside out. 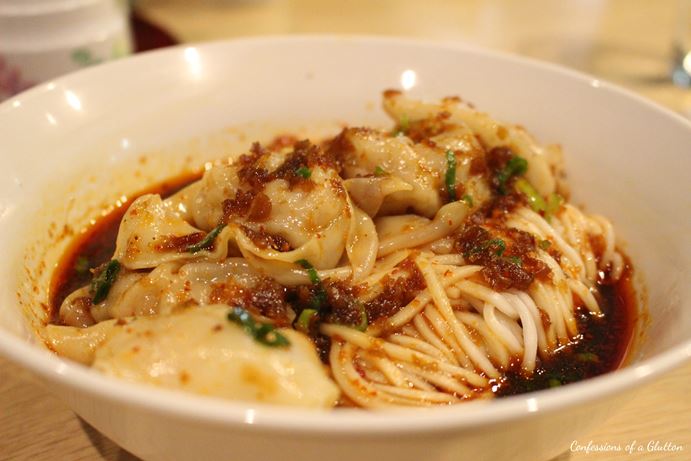 In keeping up with my favourites, I had requested the Shrimp and Pork Wonton Noodles. This is a dish I come specifically to Din Tai Fung for, as I have simply never tasted anything like it anywhere else. Despite my mediocre tolerance to chilli and spice, I adore the nose-running effects that this dish has on me. Spicy, chunky sauce, handmade noodles so silky, soft, yet elastic, and wontons of a ground shrimp and pork mince encased in the silky wrappers. It’s not mere chilli that’s added for heat; you can taste the complex undercurrent of ground spices that have gone into the paste. 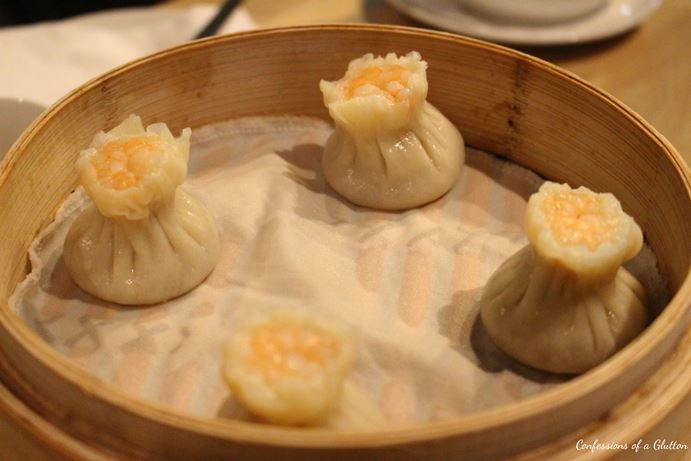 Back onto more familiar ground. The Shrimp and Pork Shao Mai are a little different from the Shao Mai you find at your usual yum cha restaurant. It’s basically one of the little pork xiao long baos, wrapped and with a shrimp adorning the top. And speaking of… 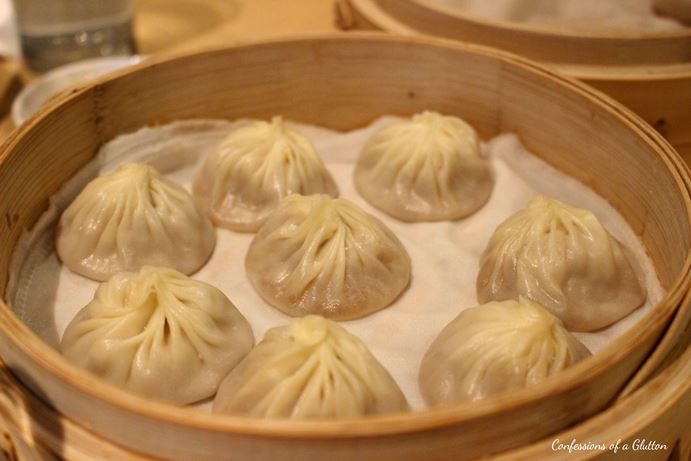 Every dumpling skin measured exactly at 6cm diameter, before being stuffed to weigh between 20.8 and 21.2 grams. Din Tai Fung’s xiao long baos are still the closest to perfection that I have ever tasted. Sure, not the cheapest, but the best. If you want to know how they get the hot broth into the dumpling…well, I suggest you do your research on that one 😉 I won’t ruin it for you! 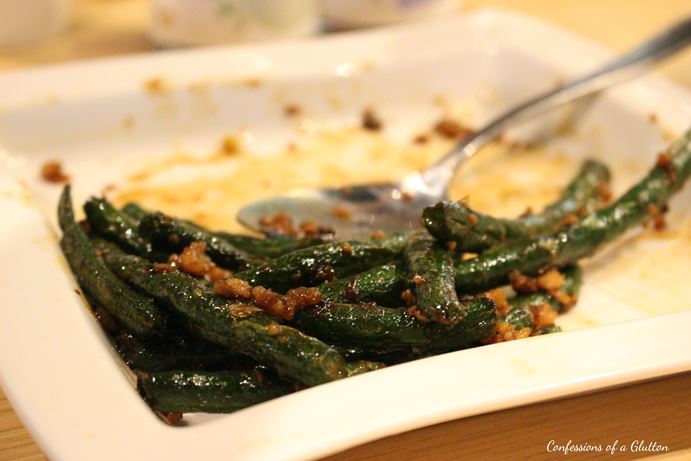 And if there are any vegetarians in the house, the Vegetable Dumplings are very light and quite satisfying. I’m really a fan of laying down muslin on the base of the steamers to that the dumplings don’t stick, but the pastry on these dumplings have been made so well that not a single one sticks anyway, even when they cool down. 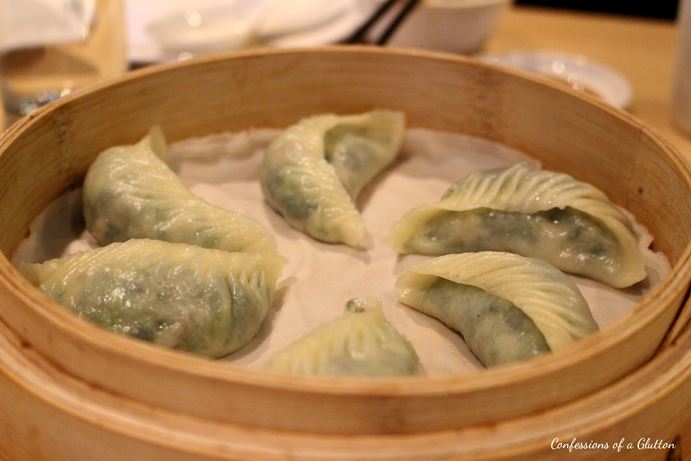 And for old time’s sake, I decide to order the Taro Dumplings from the dessert menu as well; as how often do you see taro used here in Sydney? I’m pleased to say that it was exactly the same as the ones I tasted in Taiwan; melt-in-the-mouth, creamy and subtly sweet. 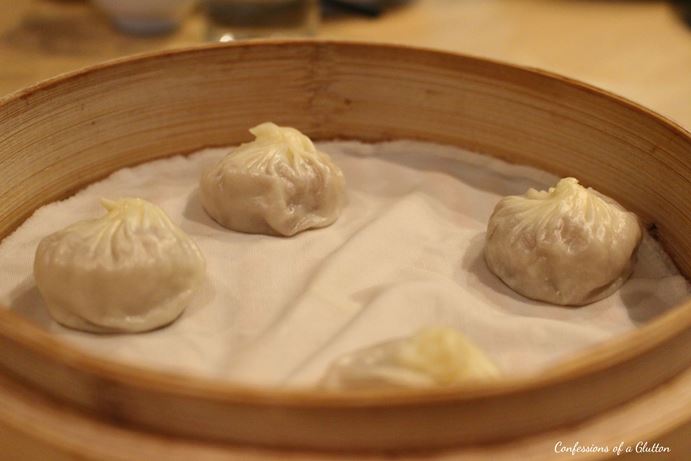 The food is all exactly the same quality as I’ve had back in the place where this all started. With everything that we ordered, the total of the bill wasn’t alarming at all, coming up to a total of $135 for five people. With all the teething issues with the service, I’m hoping they can be sorted out as soon as possible; as I’m sure once they do, they can differentiate themselves significantly from the other Chinese restaurants in the hustle and bustle of Chatswood. 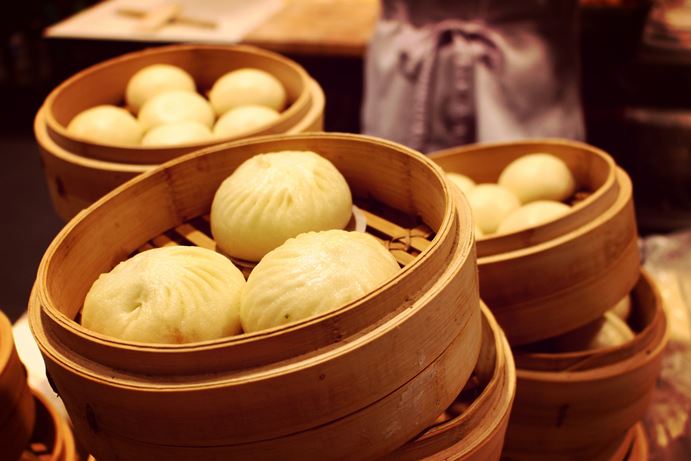