One of my most disliked vegetables are cucumbers, and yet funnily enough I can never get enough of pickles, or cornichons, as I like to call them. Only a few weeks ago I got home late-ish, around 11.00pm (it wasn’t a school night), and had a downright outrageous craving for…vanilla ice cream and cornichons.

Now don’t be disgusting, I most certainly didn’t have the two together. If I had, I most certainly would have suspected I was pregnant (a conception of the immaculate variety) or something along those lines with a craving as unusual as that. I had a few little pickled cucumbers out of the jar, before deciding that I needed to balance out the tangy acidic sting with some buttery, icy Madagascan vanilla ice cream.

Pickles are at their best however, when put on a good charcuterie board, and it was for this reason that Brother Bear and myself visited Ash St. Cellar one Tuesday evening.

March into Merivale is currently in full-swing, with a variety of events occurring across the remainder of March and April, but most importantly, with $33 meal deals across most of the Merivale venues. For the restaurants it’s $33 for a meal and drink (Villa Maria wine, Heineken beer or Aqua Panna water), or for the pub venues, it’s $33 for two meals and two drinks. Either way, it’s a great deal that allows you to sample a little of the fine establishment’s wares, and of course they are always more than happy when you say you would also like to order off the regular menu for an extra lil’ somethin’ somethin’…. 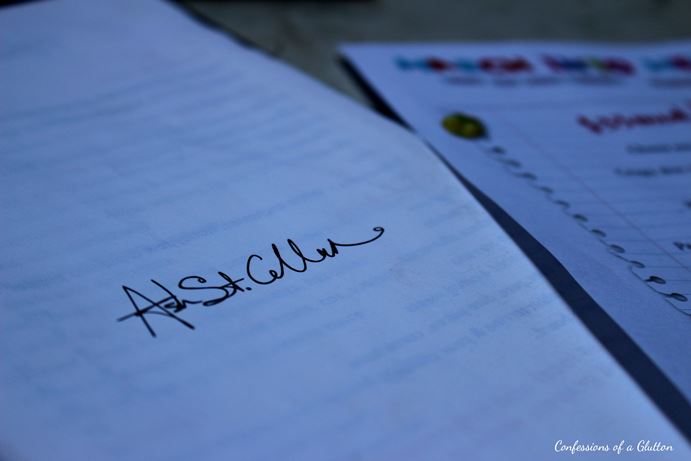 We ordered everything at once, and to start off our meal we were brought some sliced baguette, with extra virgin olive oil and rock salt. The bread was cold but soft at least.

But the bread was cast aside when our Charcuterie Board ($39), arrived. 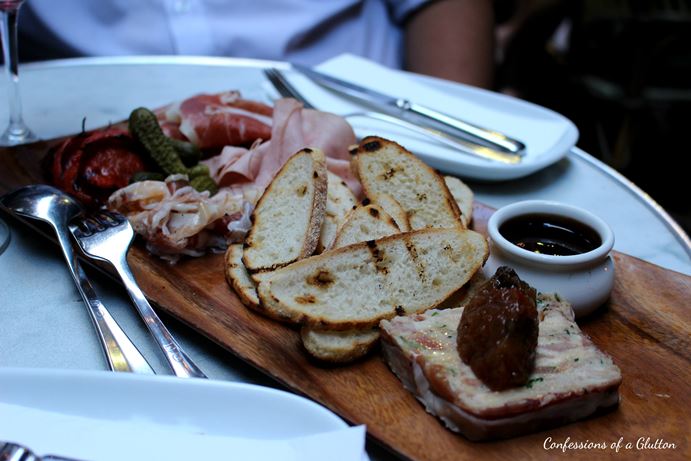 Chorizo, mortadella, pancetta affumicata, jamon serrano, duck liver pate, cornichons, mustard rabbit terrine and pear chutney, it was a meat-lover’s platter to die for. Out of the cured meats my favourite was the chorizo, which left a disgustingly good residual oil on the wooden board; perfect for mopping up with the leftover starter bread! The terrine was a standout for me, with generous chunks of lean rabbit interspersed, and it was perfect topped on a piece of crusty bread, which had been spread with the creamy, quite sweet duck liver pate. It was a very rich, very satisfying charcuterie board.

Our mains arrived. I had ordered the Crispy skin ocean trout, cauliflower, chorizo and seared scallops, with a glass of the 2012 Villa Maria ‘Cellar Selection’ Pinot Gris.

Looking at the description of the dish on the menu, it was fairly predictable what the dish would turn out to be like, and it matched my expectations. Little florets of cauliflower with the crunchy meaty nuggets of chorizo, and the sweetness from the cauliflower puree and the well-seasoned scallops. It all matched very well with the fresh saltiness of the ocean trout fillet, which had its promised crispy skin.

My dinner partner in the meantime, had selected the Paella Valenciana – rabbit, chicken, beans and rosemary, with a glass of the red, the 2010 Villa Maria ‘Cellar Selection’ Pinot Noir. 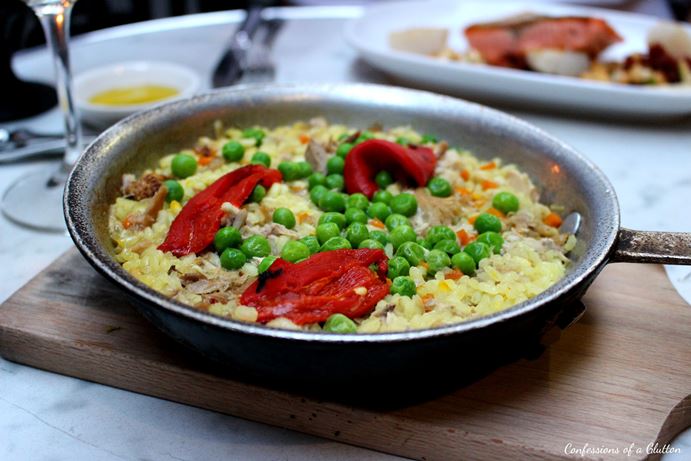 It was almost adorable that a little fry pan was brought to the table: a single serving of paella. The rabbit was quite lean yet cooked tenderly, and the chicken had not been overlooked in favour of the rabbit – still quite succulent and moist. I did find however, that the paella rice was quite plain-tasting, although that may have been because my dish was quite salty with the trout and chorizo.

The Villa Maria Pinot Noir was a much superior in flavour and body to my Pinot Gris, but then again my Pinot Gris was more appropriate to my seafood main. Should I attend another Merivale dinner during this special, I will probably order the red next time.

A charming little restaurant. Set in the Merivale laneaway, away from the main hustle and bustle of George Street, it’s too easy to imagine that you’re no longer in the Sydney Central Business District. Now onto Establishment Hotel’s Tuesday salsa nights, to work off all of those calories from that gorgeous charcuterie board…