I love my ramen, and even when the weather begins to heat up, I still get that insatiable craving for the thick soup full of infused flavours, silky noodles and oh-so-tender slabs of slightly fatty pork. Ryo‘s was a bit too far away for me on this occasion, so The Sister, Mother and I decided to give Makanai Ramen Noodle House on the Chatswood mall strip a go. 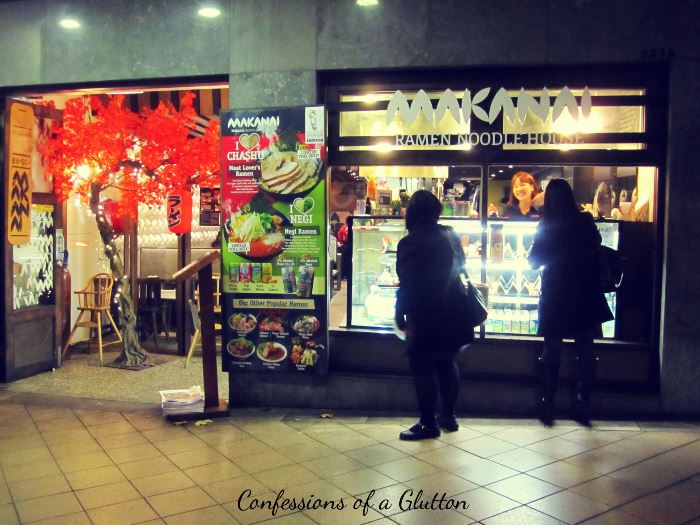 It’s bustling and packed tightly inside, with the waitstaff and chefs from the open kitchen cheerfully shouting out the traditional “Irasshaimase”. There’s Japanese pop music playing loudly and a very young and funky vibe to the place. The waitresses are dressed in kimonos and take your orders on iPhones/iTouches/some other i-device. 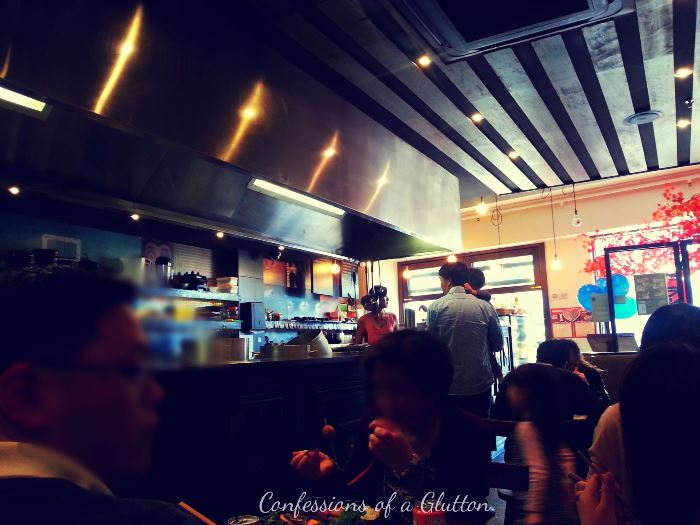 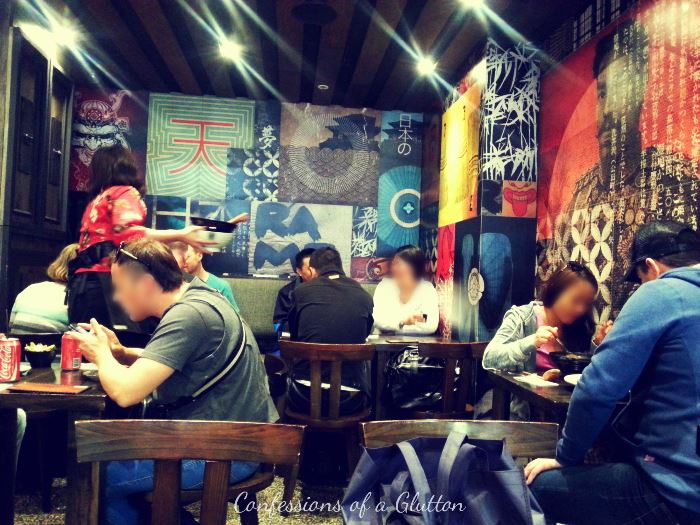 After we had ordered, it took me a moment to realise that the entire side wall was covered in ramen bowls – how cool! 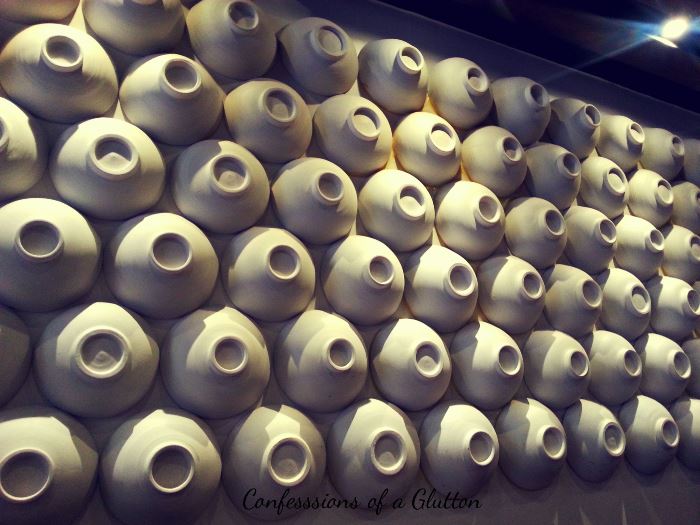 The way the ramen menu works is that there is a choice of three soups available as the base for your ramen:

I had opted for the Hakata Tonkotsu, as the true test for any ramen establishment is their pork soup – similar to tasting a Big Mac at different McDonalds across the world. I had chosen the Makanai Ramen ($13.90) as it had a bit of everything: a piece of Ajitama (half-cooked egg), a piece of Karaage chicken, a piece of cha shu (roast pork) and veges.

The pork, egg, and chicken piece left nothing to be desired. Pretty good for my standards. My first issue was that I did notice that the bowl was cold and a little wet around the outside which made me suspect that it had come straight out of the dishwasher, but what let the dish down the most was the broth. The thickness was akin to that of a cream of chicken soup and just over-the-top, and there wasn’t enough flavour to balance out the intensity of its texture. I really felt like adding a bit more salt or even MSG would have brought out the pork flavour – it was that flavourless. I was very disappointed and could only eat half of my soup, while finishing off the noodles and all the little tid-bits that came with it. The soup was too fatty and base-less for me.

Mother on the other hand, had opted for the same Makanai Ramen ($13.90) but with a Tokyo Shoyu instead. 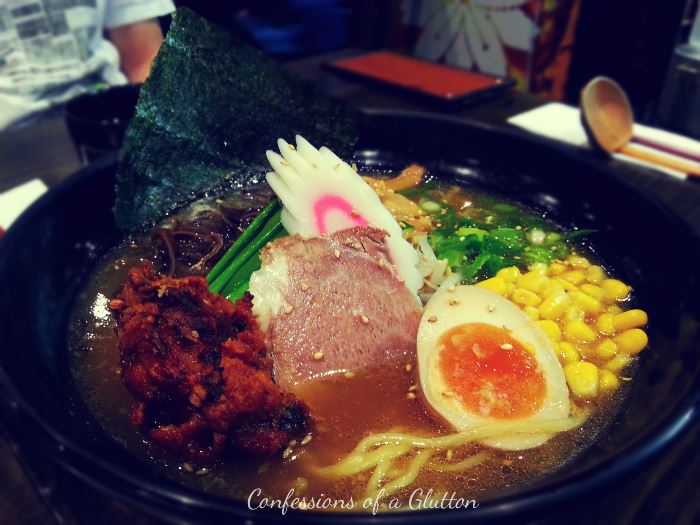 While her broth was a little easier on the palate, it also lacked any intensity or depth to it. The Sister felt the same about her broth, but she had ordered the Ajitama Ramen ($13.90), which came with two halves of soy-marinated egg with a piece of pork and veges. 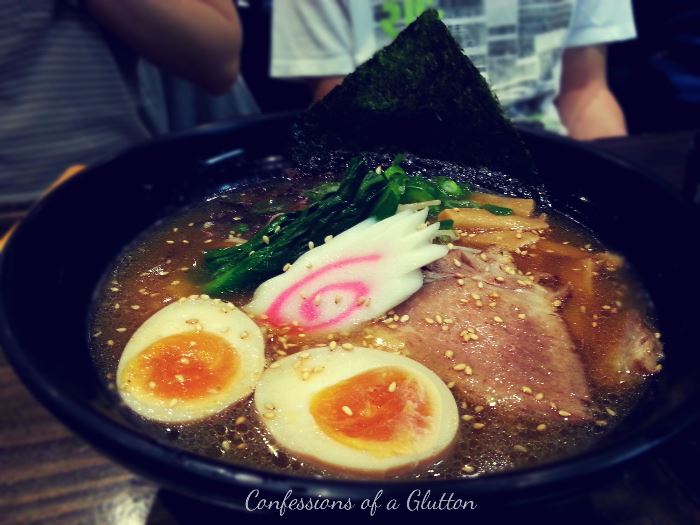 The one redeeming element of our meal was the Gyoza ($7.50) which came in six pieces:

Nice and crunchy, with a satisfying pork mince filling and a slightly chilli-soy dipping sauce to go with it.

I don’t think I’ll be returning for the ramen here. However I’ve seen that they have katsu udon on their menu and I also noticed some people digging into generously-sized bento boxes, so I may give them another chance. They also have some Onigiri in a variety of interesting flavours neatly packaged in their front window, which I think may be a good option should I next be going past while on the run. 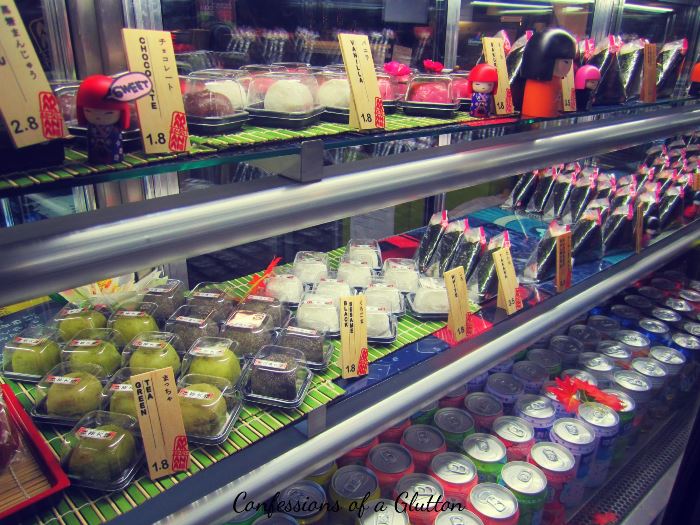