It’s an unusual occurrence for me to have an entire Saturday free nowadays, and when one suddenly came up, I was at a loss of what to do all day. Study certainly wasn’t a realistic all-day option, so it was with great relief to me when Fashion Obsessed Girl invited me for dinner with three hour’s notice. This was my second restaurant with the girls of 13 Restaurants for 2013.

Vamps BYO Bistro is located in the leafy, upmarket suburb of Paddington, with a cosy and classic-looking street front. It was very charmingly Parisian. 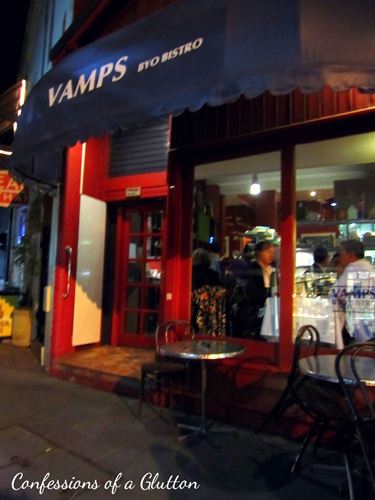 To enter the restaurant main floor, you have to navigate through the tiny kitchen at the front of the restaurant, which is a little unusual. There’s a very homely atmosphere inside, as though you’re sitting in someone’s well-kept living room, complete with framed paintings on the walls and the old-style cushions on the sofa along the back wall. Specials for the day are scrawled on the mirror, while your menu is also charmingly hand-written in loopy cursive. 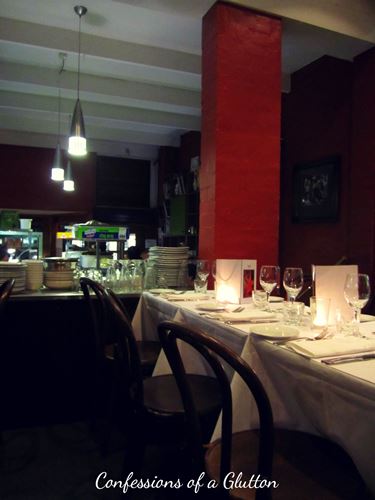 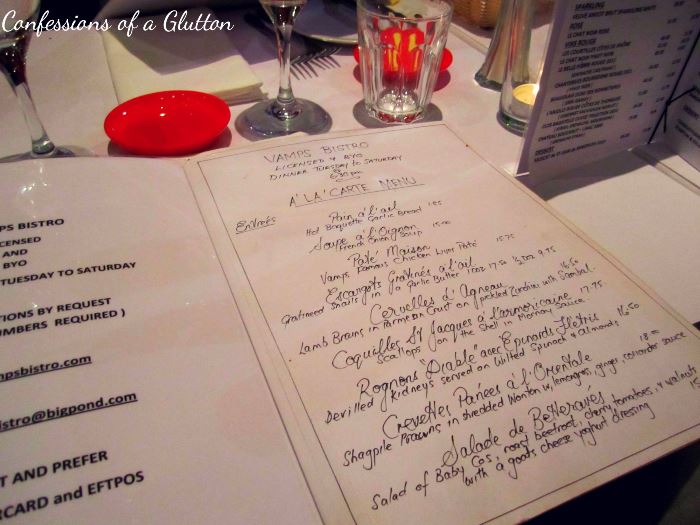 I called the menu items “rustic”, while Fashion Obsessed Girl preferred “old-school”. Whatever you call it, it’s quite traditional bistro-style fare, with no fusion or fancy trimmings here. It took us a while to make our choices for mains, which involved some questioning of the helpful waitstaff.

The mains all arrived at once, and I will admit that for the price of the mains, I was expecting a little more on the plate. The prices were about the same as that of single-hatted restaurants, but seemingly lacking in embellishments, garnishes and some sort of accompanying carbohydrate (mash, puree, etc). It made me wonder if we should have ordered sides, something I very rarely do. 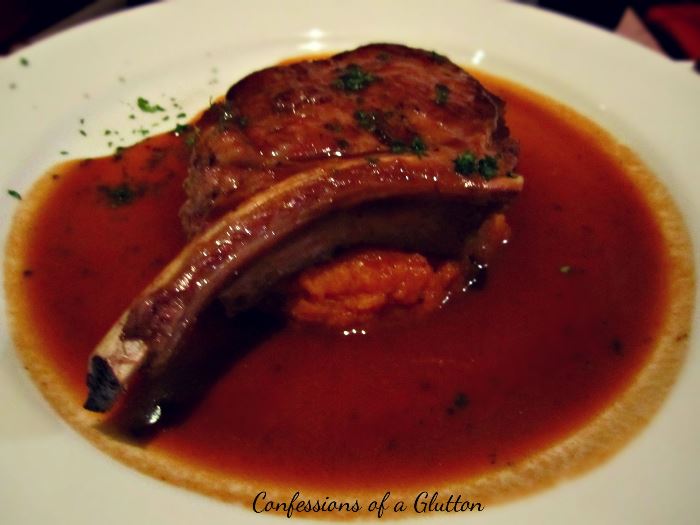 The Grilled veal cutlet with sweet potato puree and red wine jus ($35.50) was ordered by two of the ladies and both confirmed that it had been cooked to a good medium. However the veal was a little lacking in any further flavour and was almost too big a piece of meat in proportion to the small amount of sweet potato puree that it was resting on. 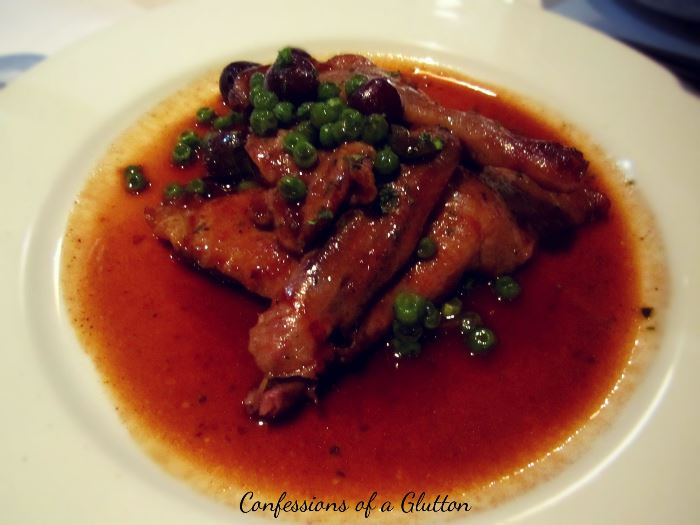 Another had ordered the confit duck. I’m afraid the online menu has changed for this item, so I can’t precisely remember the accompaniments. It would have been priced at about $38. While the duck maryland was tender, the skin was a little on the gelatinous side and could have done with a bit more roasting to render off the fattiness of the skin. This dish was probably had the best presentation for the evening. 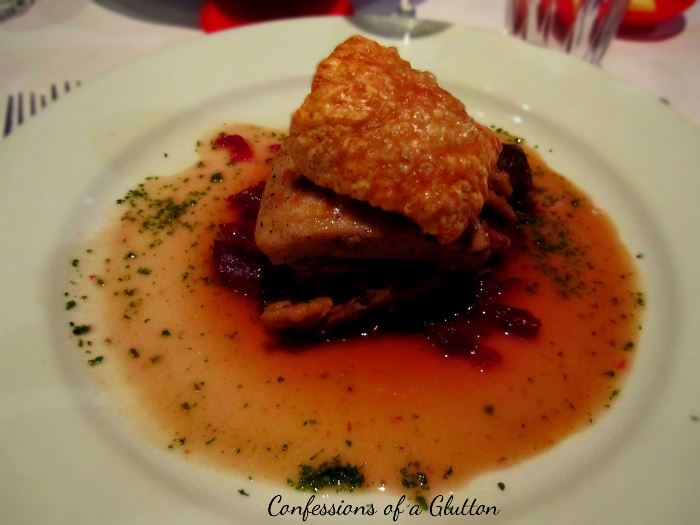 The red cabbage was soft and had been well-cooked, but was wishing there had been more of it. The prune reduction wasn’t as sweet as I had been fearfully expecting, but it was a slightly unusual combination with the pork. While the pork belly had been cooked well so that the flesh shredded easily under my fork, the crowning glory was the crisp crackling which shattered with a very satisfying crunch beneath my knife. 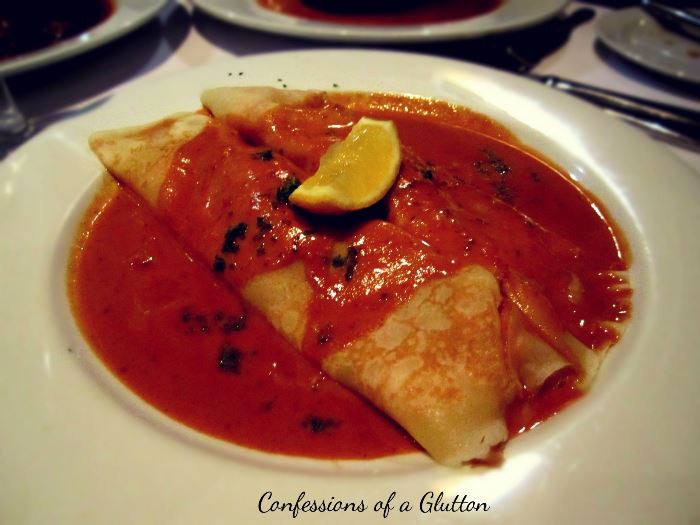 There was much more bisque than any of us had been expecting, and she found it a little heavy in flavour, only managing to finish three-quarters of it. Out of all of us, she ate the slowest but was pacing herself, and we were a bit surprised when the waitress removed her dish with the rest of ours without asking first, and her cutlery was not even in the “I’m done” 4:20 indication.

We decided to give dessert a try, and I opted for the Apple tarte tatin ($15.50), which they said to allow about 20 minutes before. When it arrived, I have to say that I was quite disappointed in the presentation of the dish, and it didn’t look particularly appetising: 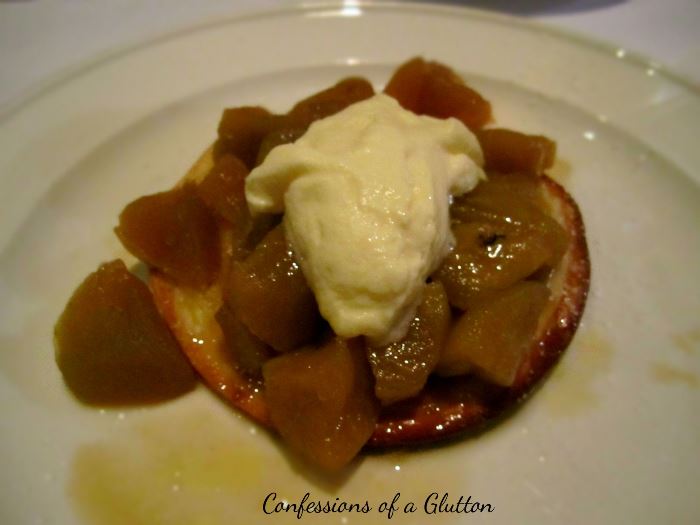 I’m not quite sure why it would take 20 minutes to present a dessert like this. The apples, although a little on the off-colour side, had actually been cooked very well and were lovely in flavour and texture, however the disc of pastry on the bottom was underwhelming.

The dessert of two of the others was the special for the evening, being the Warm sticky date and walnut tart with creme Chantilly and orange caramel ($15.50): 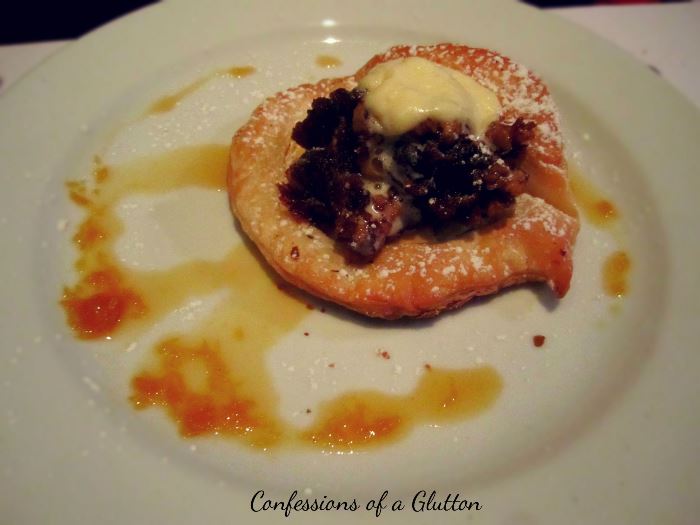 Presentation also was a bit of a let down with this dish, as we had been expecting a proper tart base rather than a disc of puff pastry. There were a few inconsistencies between the two dishes, with one lacking the orange caramel entirely and so being quite dry. With the other, there was a very bitter flavour and when we turned the pastry over, we discovered that the entire bottom of the pastry disc was burnt black. 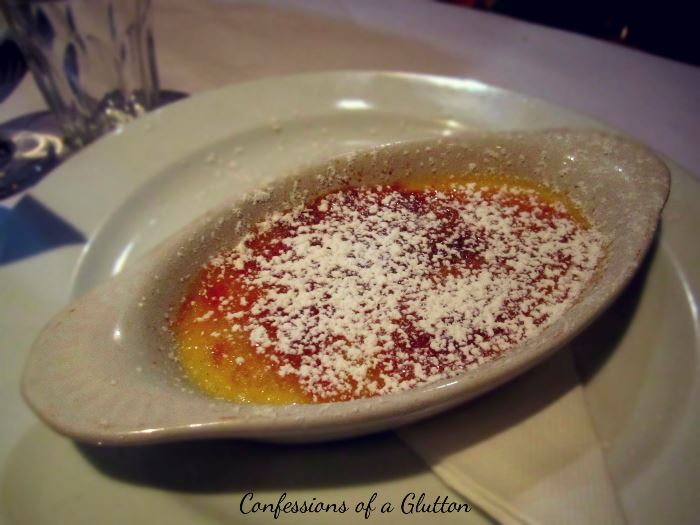 ..unfortunately while the burnt sugar top was crisp and shattered, the custard was as runny as water despite it tasting okay. The complimentary chocolate truffle petit-fours we received when we asked for our bill were quite bitter in flavour and were cold as well, tasting like they had just come out of the refrigerator. I’m one of those people who thinks that serving chocolate cold is a cardinal sin. 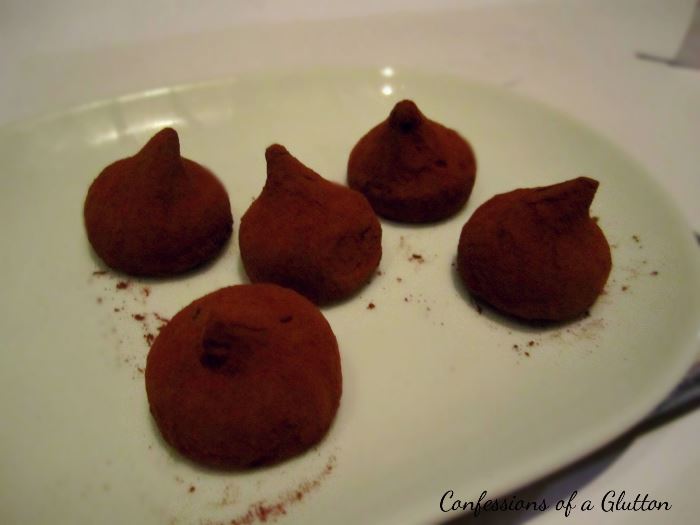 With the food being such a miss, it was surprising for us that the restaurant was quite packed, but from what I observed people seemed to be largely taking advantage of the BYO and bringing numerous bottles of wine while only ordering small dishes like the chicken liver pate entree.

I’m usually quite generous with my reviews and not overly critical. I’m sad to say that in this instance, with the high price and poor execution of the dishes, I’m not sure if I’ll be making a return visit to Vamps anytime soon. 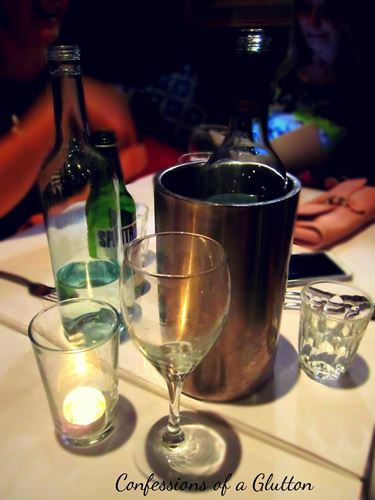