A craving for Japanese food and a positive response from Lara Croft had me frantically searching Urbanspoon for a restaurant around the main CBD one Tuesday evening after work. I try to visit somewhere new each time I eat out, despite my human instincts to go back to regular and tried favourite establishments.

We arrived just before they opened at 6.00pm and at that time were the only patrons apart from a large Japanese tour group. Service was a bit slow as the kitchen were busy with the orders for that large crowd. The noise level got quite loud during the course of the dinner due to the tour group, but I’m sure that on an average weekday night, the restaurant would be fairly quiet. 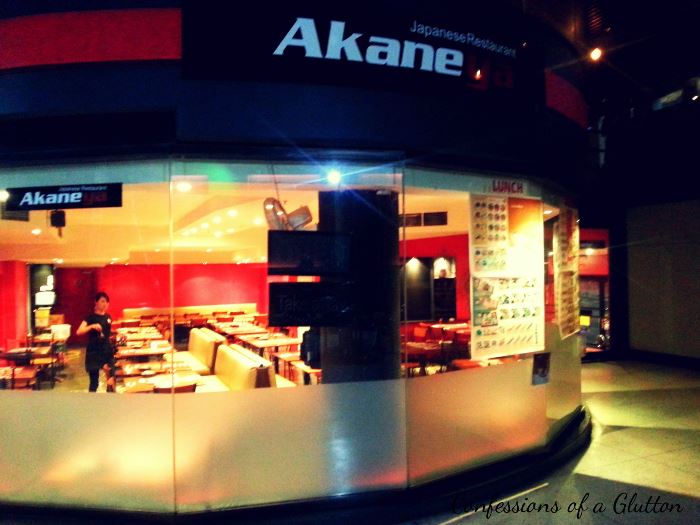 Our food orders were made without a problem but there was a slight kerfuffle over our drinks order. Lara Croft had ordered the James Squire Orchard Crush apple cider ($13), and was brought apple juice in a can. When we pointed this out and repeated cider, the waitress asked if we meant Sprite. Eventually I just picked up the menu and pointed at the picture. My order of umeshu on rocks ($6) also arrived. 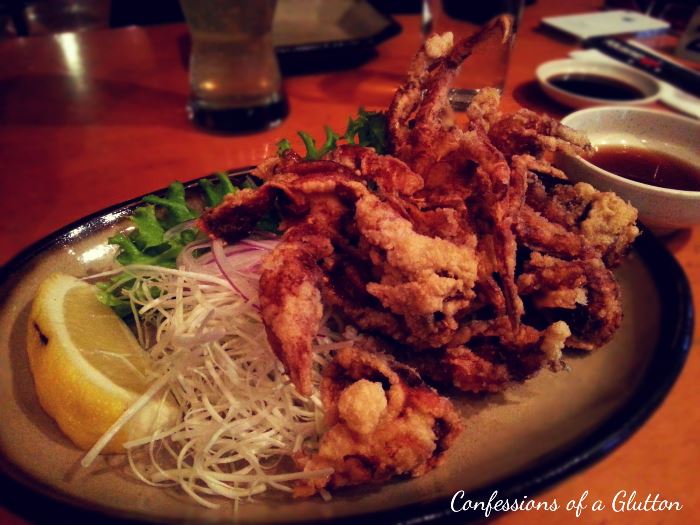 The batter was light and crispy, not too oily and the dipping sauce was similarly light yet flavoursome. I originally thought the white ‘salad’ was shredded cabbage or radish, and ate a mouthful to be alarmed that it had quite a heavy onion flavour, yet it didn’t look anything like shredded onion.

Our sushi platters arrived, the first being the Teriyaki Salmon Roll ($23).

With a generous amount of teriyaki sauce, the salmon had been tenderly cooked and laid on top of the refreshing California roll. My dinner companion preferred this dish out of the ones we had ordered.

My favourite was the other sushi plate we had ordered, the Volcano Roll ($17.50) – also a thin California roll but topped with scallops and chilli sauce.

Beautifully presented with a generous amount of roe and sauce, it was tasty and the scallops fresh and tender. I enjoyed this dish as you don’t often find roll dishes with scallops unless it’s simple aburi sushi.

While this probably wasn’t the best deal Japanese I’ve had in the main CBD, it was a satisfying meal and we were both grateful for the walk up back to the station afterwards. I’ve heard their lunch boxes are very popular with the corporates around the area.