As the nights become longer and darker, and the air becomes crisper, I tend to find solace in spending more time in the kitchen; absorbing the sweet-scented heat from the toasty oven or inhaling savoury aromas from plumes of steaming pots.

While I’m always sad when the stone fruits of summer gradually fade, there is always the rise of autumnal and winter fruits emerging with tangy citrus varieties (including my favourite mandarins), pears, and apples. Although some apple varieties are easily available all year round, unfortunately most of the apples you’re getting during the warmer months have been frozen; autumn is when they really shine. 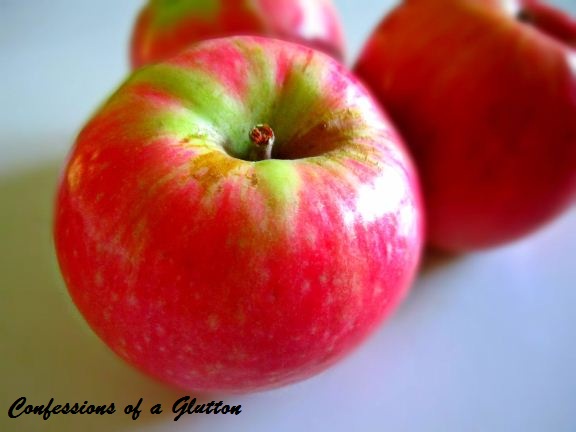 This recipe comes from goodfood.com.au, in an article written by chef Frank Camorra. His Danish Apple Tea Cake is a wonderful addition to any person’s repertoire, because it’s devilishly simple to remember: equal amounts of butter, sugar, and self-raising flour. That ratio may seem a little daunting for those that are health-conscious, but frankly, winter is the season of comfort food and this rich cake definitely ticks all the right boxes. It’s not called ‘Danish’ (think Danish pastries) for nothing! I’ve added cinnamon into the actual cake in addition to the topping as I’m a cinnamon fiend. Feel free to ease up on the cinnamon though, or add another spice you’re fond of such as cloves or cardamom. 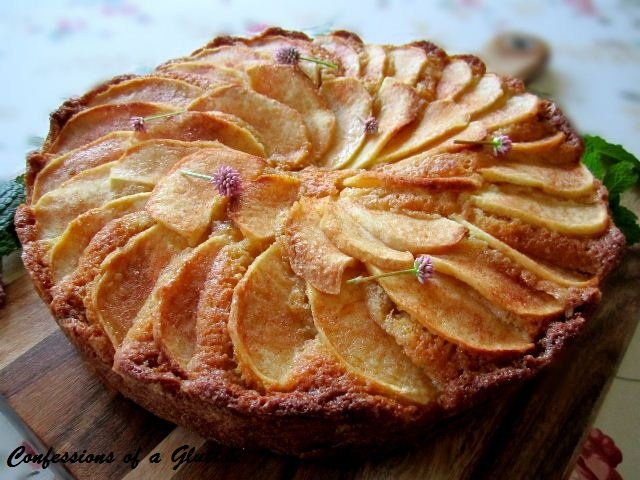 Preheat oven to 180 degrees Celcius. Grease and line a 22cm round tin.

Beat the butter, three teaspoons of the cinnamon and the caster sugar with an electric mixer until light and fluffy. 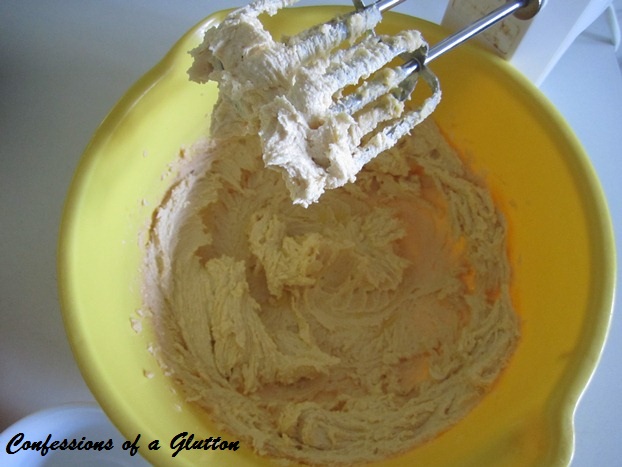 Beat in the eggs one at a time. The mixture won’t look very flattering at this point. When it’s combined as much as you can make it, sieve the flour into the mix and fold thoroughly. You will have quite a stiff mixture, but don’t worry, it’s supposed to look/feel like this. 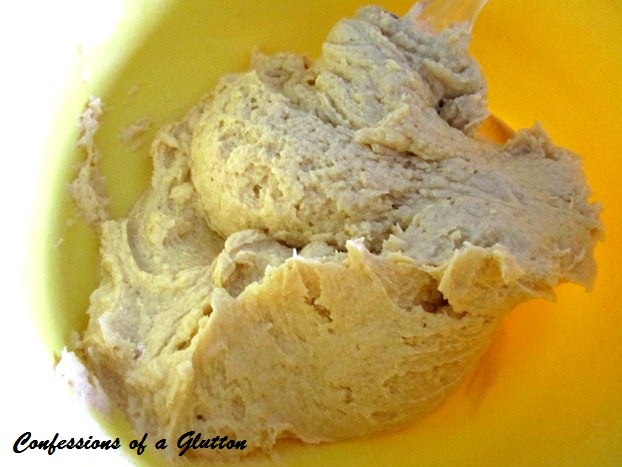 Peel and quarter your apples, then slice them thinly. I found it easier to keep track of my apple slices by keeping them in the quarters. You will see the reason for this later. 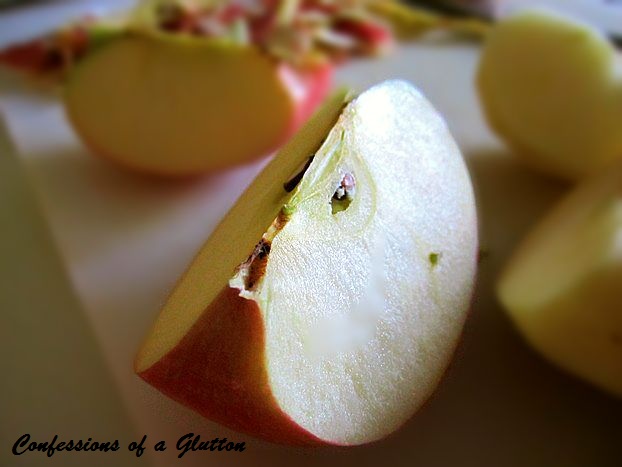 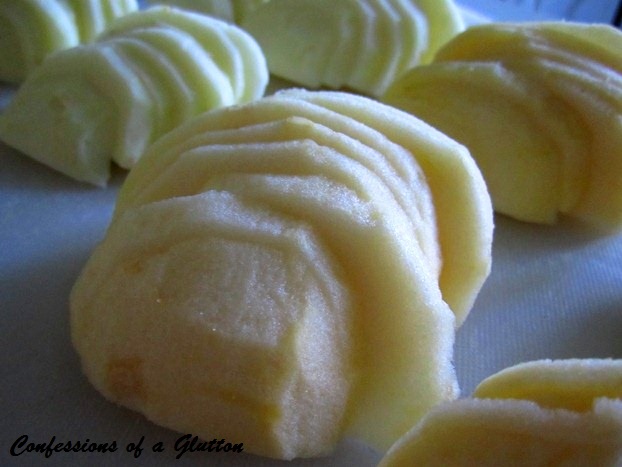 Spread half of the cake mixture at the bottom of the cake pan and find the uglier pieces of apple if you have any. The ends are good for this. Spread slices in a single layer over the cake mix.

Top this layer with the other half of the mixture, and then arrange your remaining apple slices in a wheel pattern, with your largest slices of apple around the outside and the smaller slices in the centre wheel. 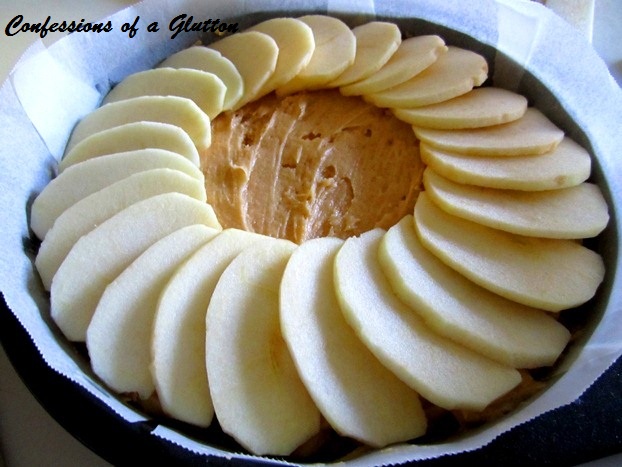 Brush the top of the apples with the extra melted butter. Combine the remaining teaspoon of cinnamon with the white sugar and sprinkle this over the top. 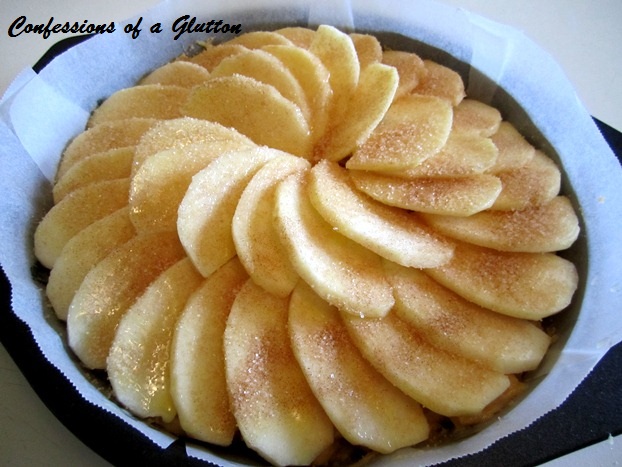 Put this baby into your preheated oven and bake for 35 minutes. The smell that will emanate from the oven and infuse your kitchen is nothing short of sublime. 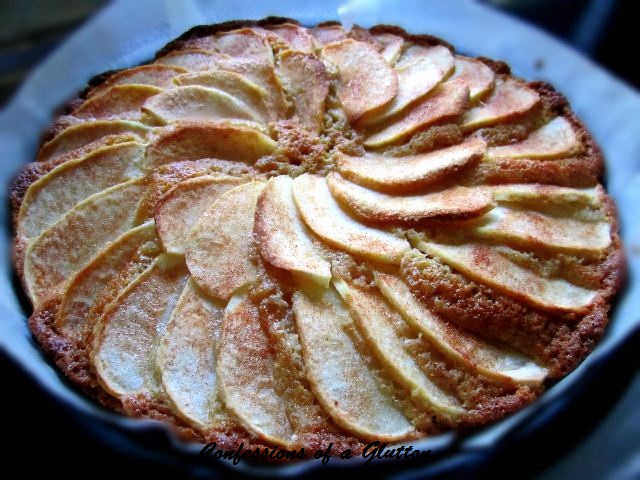 Remove from the oven and allow to cool in the pan for 10 to 15 minutes. Flip it over and out with the aid of two cooking racks or large plates. Serve warm with vanilla bean ice cream. 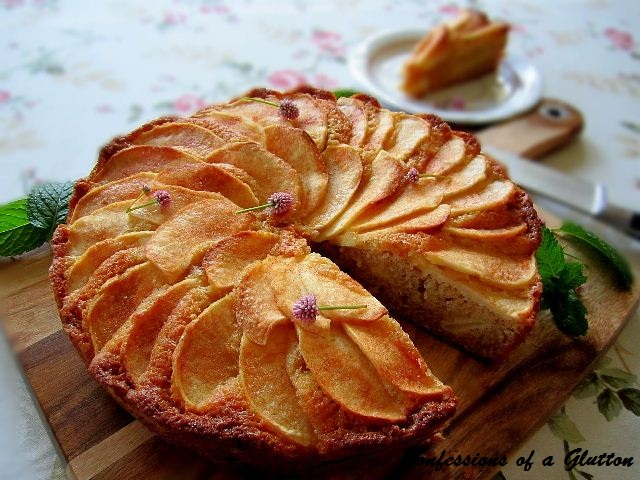 And while I’m here, I may as well announce that tomorrow will be the official 1ST BIRTHDAY (!!!) of the Confessions of a Glutton blog, as you may have noticed from the title! Its been an absolute whirlwind of a year with the constant search for new recipes, restaurant-searching, foodie trips, and learning to open up not only my taste buds, but also my mind.

My first international trip since the inception of the blog was also quite extraordinary. While I’ve visited Taiwan so many times to see the family, seeing it through new foodie eyes had me pulling out my camera and making notes at every opportunity. It’s undeniable that eating off a starched white tablecloth in a hatted restaurant with six different knives and forks is a whole different experience to standing in the gutter as you devour a piping hot chilli chicken schnitzel the size of your face, but it’s food all the same. Whether it’s a Michelin star chef plating up $50 mains or a middle-aged woman dishing up a plate of gyoza dumplings at her street stall for $1, they share the same passion for food.

And that, my friends, is what is truly inspiring.

There have been over 1700 photos uploaded, 165 posts, 84 recipes, and 75 reviews. I keep my diary constantly by me should inspiration of a new recipe hit on the train or in the middle of the night when sleep escapes me. I’ve hashtagged on Instagram until my eyes have become crossed. There have been those long nights where I have not been able to write a single word about food, and then those evenings where I can dish out a whole week of posts. I’ve described some foods with such lasciviousness that I begin to feel hot under the collar myself… 😉

My appreciation and curiosity in the dynamics of food has grown in leaps and bounds over the past year, aided with the support of my family and, of course, the fellow foodie companions. Family and friends have tolerated my whipping out of the camera as soon as dishes hit the table. They have learned not to bother engaging me in conversation until after the first few bites of my dish, and not to complain when I produce a long list of cafes to visit at the start of a foodie day trip. My family understands my need for a therapeutic baking session at least once a week, and know to leave me alone in the kitchen while I do so, as I have a tendency to talk to my food and call whatever is baking in the oven ‘my baby’…

Thank you to all of the restaurants and cafes who have welcomed me and provided me with excellent service, despite my young years. I extend this thank you to the PR agencies who have invited me to attend restaurant openings, new menu launches and other special events – it certainly is one of the best parts of food blogging!

To my fellow food bloggers who have commented on my posts and those who I’ve had the pleasure of chatting to and meeting in person – each and every one of you have a devotion to food that is well and truly inspiring. It gives me the warm fuzzies to know that despite the loneliness I sometimes feel editing photos and playing with words in my own head into the night, there is a network of people out there who share my passion and are doing the exact same thing at that moment.

And last of all, I’d like to give a warm, enormous THANK YOU to all of my readers and subscribers. Reading your encouraging comments never fail to brighten up my day. You’re my motivation for trying again when I encounter failure in testing a new recipe, instead of doing what I used to do, being swearing off baking for at least a fortnight.

I always take heed of your suggestions for recipes and substitution of ingredients and do my best to find out what it is you want more of. It makes me smile for hours on end when one of you get back to me about attempting one of my recipes and “just wanting to let me know” that it turned out beautifully and that it was a hit with your friends and family. One of the qualities I love the most about food is its universal ability to bring people together and allowing them to share a moment over quality ingredients that have not necessarily been put together with skill, but with love.

My aim when I began this blog was to broadcast my love of food and challenge people on their beliefs that the kitchen is an intimidating domain – and I believe that I’m making progress. 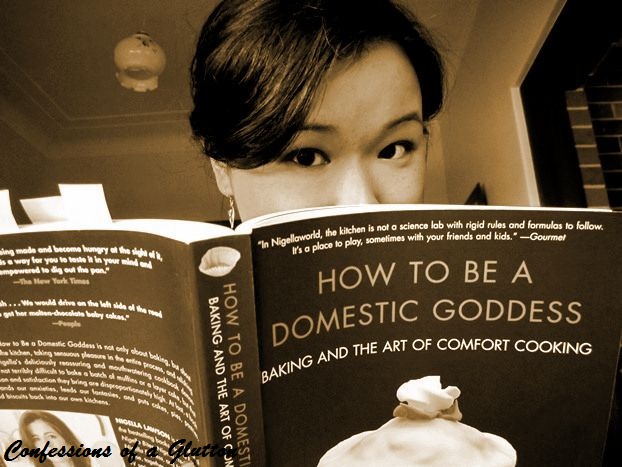